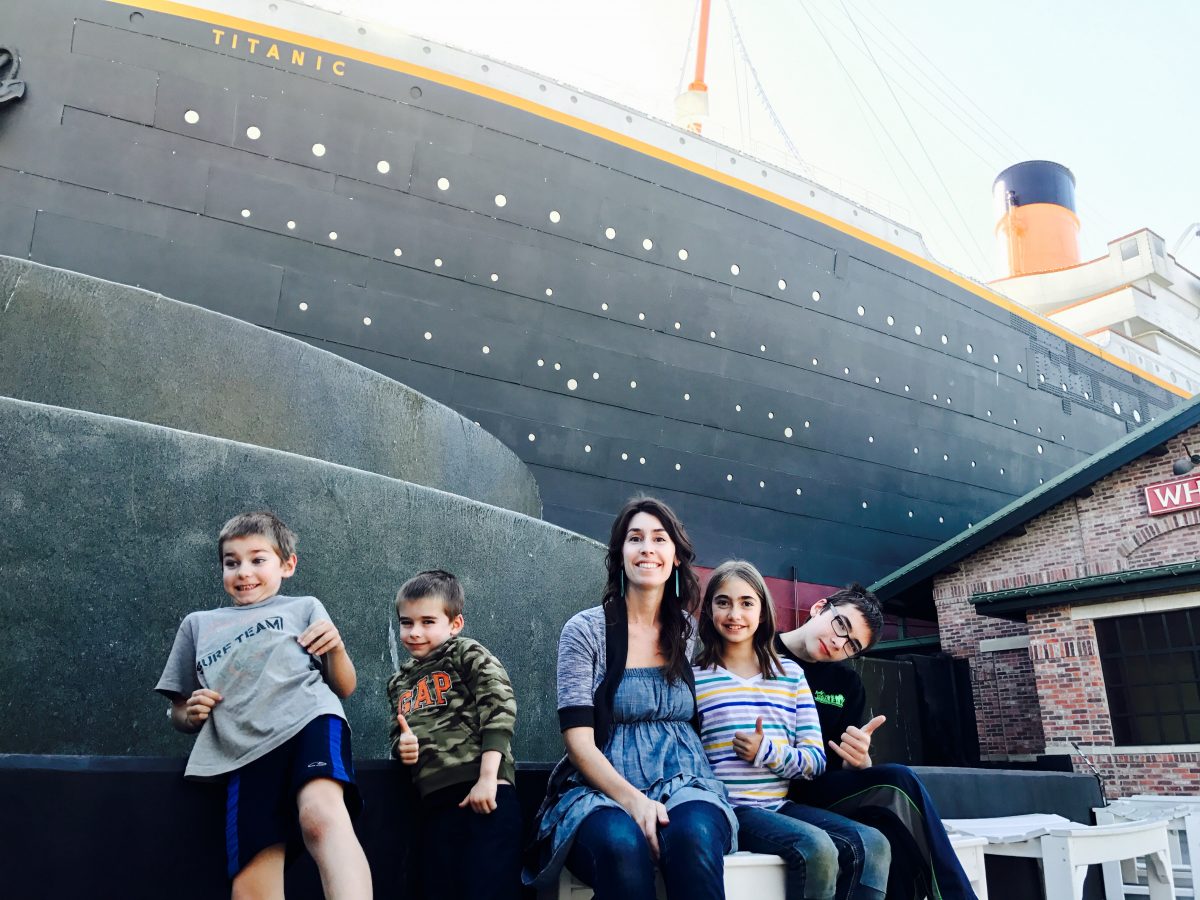 The Titanic museum is amazing, but sad! It is horrible to think how many people died when it sank. When you enter the building, they give you a card explaining your name, your age, and your story on who you are during the tour. I am Louise Kink. I am four.

It is fun to go up the grand stairs. They are so beautifully made. I like how they curve like a spiral staircase as I go up, only they don’t curve in a complete circle. In another room I get to touch 28-degree water, it is so cold! They have 28-degree water so I can feel how cold it was for the passengers when they had to jump into the water. One room lets me try to stand on “the sinking Titanic”. They have a model of the Titanic that you can stand on. It is slanted so you can feel what it was like for the passengers when the Titanic was sinking. In the next room, I can try to steer the Titanic away from the iceberg as fast as I can!

At the end of the tour, there is a big wall with all the names of the passengers and their social classes. I, Louis Kink survive the sinking of the Titanic! Visiting the museum makes me feel closer to the passengers. I love it all.

Click here to see what my mom thought of the Titanic Museum and why it made her cry. 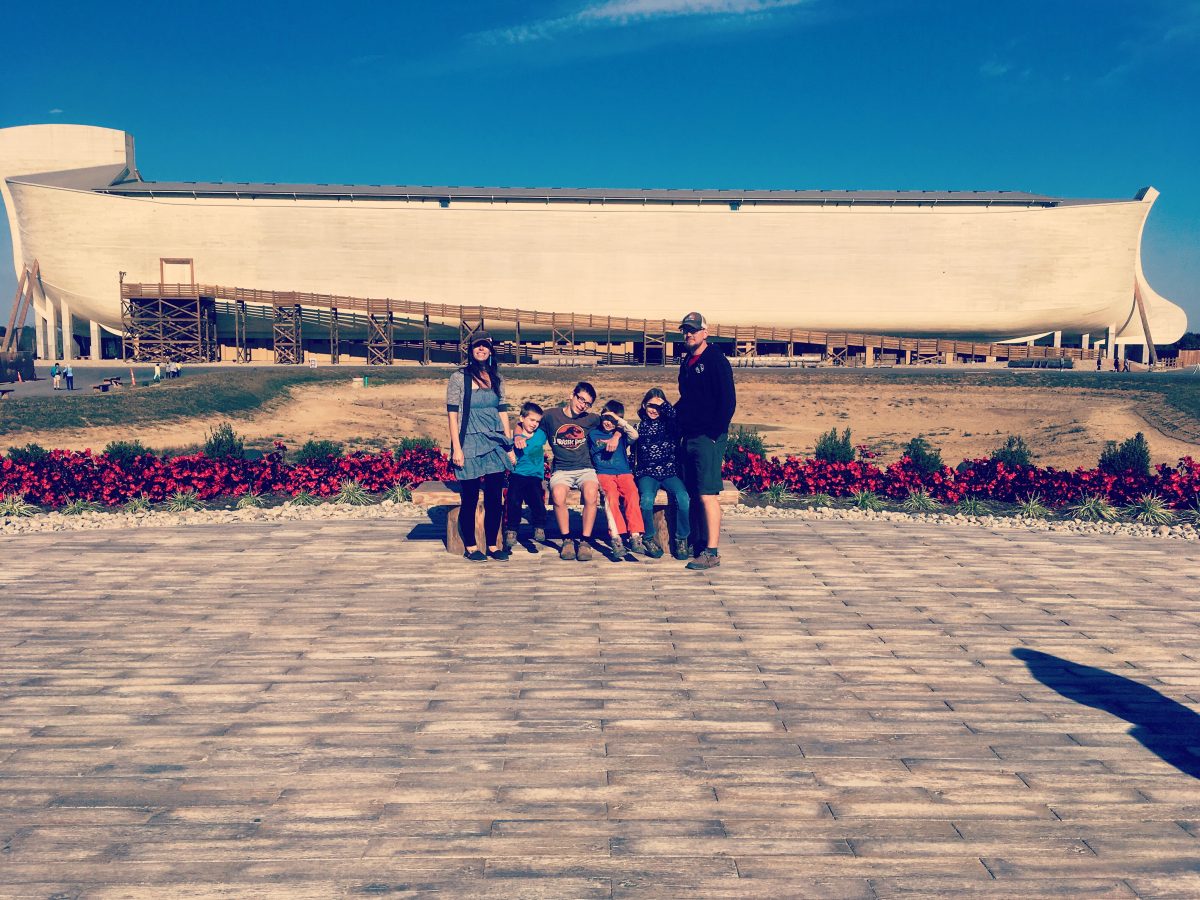 When we went to the ark it amazed me on how big it was. Imagine, two of each kind of animal on it; it would have to be a pretty big boat to do that! 510 ft long and more then 50 ft off the ground!

I can understand how hard it was to believe Noah. They had never had rain before and then a man comes and says, “A flood will come and destroy the whole earth!” It would be like this…a man comes along and says, “An alien invasion is coming and I am going to build a space ship and take all the animals with me!” It would kind of be like that. Would you believe him? I would not!

I really enjoyed the ark. I believe in the flood happened because, well, there are several reasons. First, if there was no flood, how could so many fossils form? You need just the right environment and it needs to happen quickly for them to form. That is what happened during the flood. And another good reason: if there was a flood and Noah didn’t build the ark, how would there be anyone on the Earth? Everyone would have perished. One more good reason: scientists (and I) both see each continent like a puzzle piece. Maybe they all used to be one piece. How did they break apart? Maybe the flood did it.

To see what my mom thought of the ark encounter, click here. 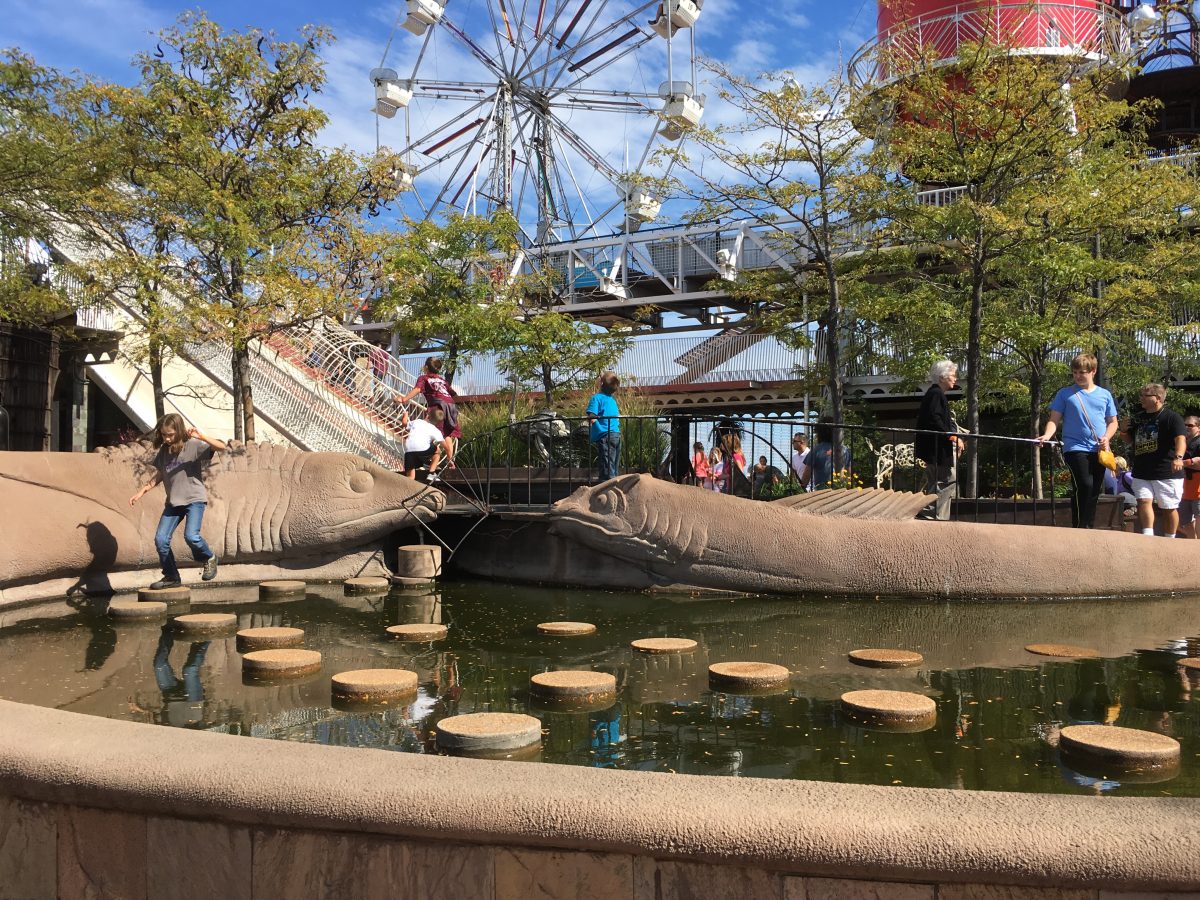 One month ago we went to the city museum in Saint Louis, Missouri. It was huge! They used a lot of recycled things like metal hoops and iron bars. They had different sections like a cave section and an art section. In the art section you could make a wallpaper flower and an animal snowflake. My snowflake was a frog. I bought a book telling you how to make a rag doll. Then you could go on the roof! There was a carousel that made me feel sick from going round and round, but I went on it twice because I liked the scary feeling! There also was a big, long metal slide that went so fast my buttons got hot from going down it. So far it has been my favorite museum.